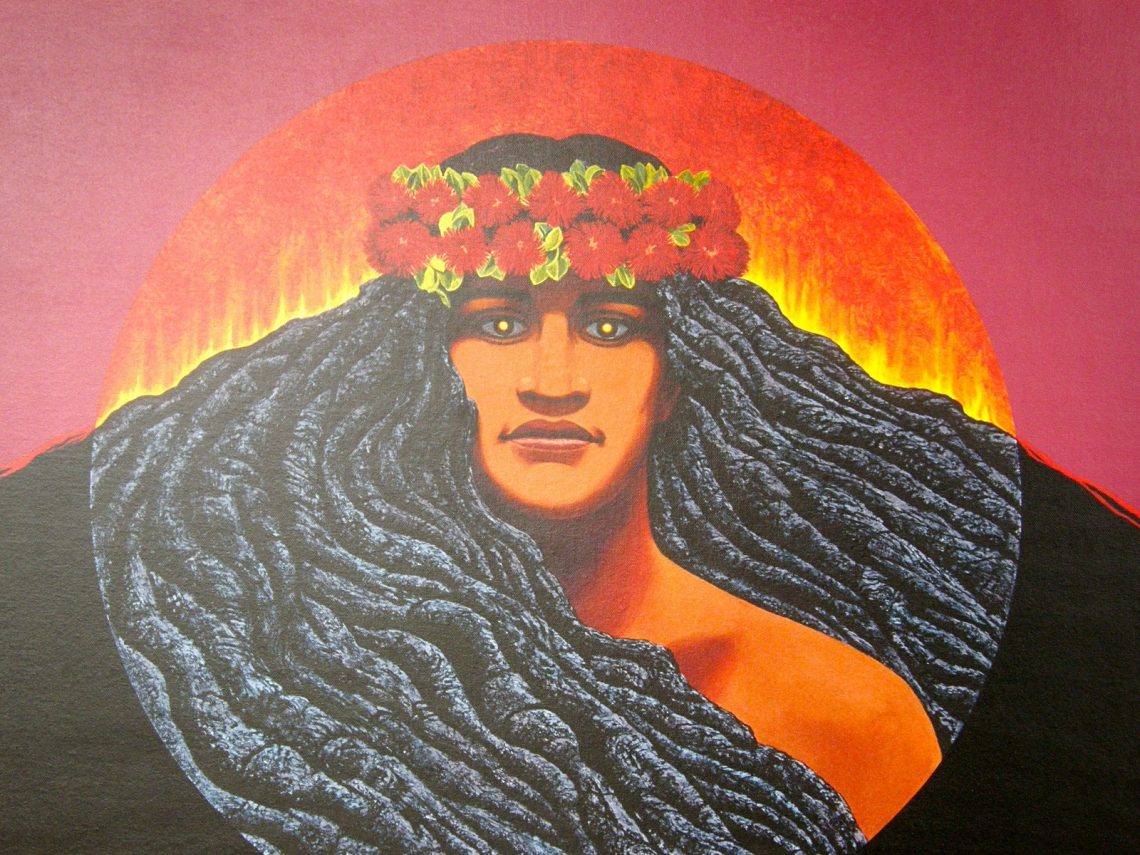 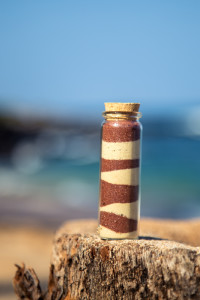 One of Maui’s more modern legends is about Pele, the goddess of Fire and Volcanoes and the removal of HER sand and rocks from the islands. We call it a modern legend because some people believe that a ranger in the national park system made it up in the 1930s, to stop people from taking the lava rocks. This may be true but there may be some deep roots attached to it. When we at Maui Aloha Weddings do the Sand Ceremony we aren’t using sand from our beaches… we actually purchase separate sand for our unity sand ceremony.

One thing you would have to realize, is that Hawaii is modern compared to many other states since it didn’t get its statehood until 1959 which is a controversy in itself. The Hawaiian islands are said to be discovered between 1200 and 1400 when the Polynesians were looking for a safe place to be as there was war in many of the Polynesian islands. Along with these first settlers came a rigid set of rules called the Kapu System. This directed the lives of the Hawaiians and told them what they could and couldn’t do. It wasn’t until the early 1800’s, well after Captain Cook, did people start coming to the islands. Hawaii is pretty modern! However, there is no way of knowing if the legend of Pele came from the Kapu System as it was very important to respect the “mana” of the gods and goddesses.

Legend has it that Pele, goddess of fire and volcanoes, is so angered when the rocks or sand (which she sees as her children) are taken from her that she puts a terrible revenge on the thief. She is especially protective of volcanic rock and sand, two items tourists almost unthinkingly take as a small souvenir . After all, who would miss a rock?

Of course in the famous book “All I Really Need to Know I learned in Kindergarten” expresses the sentiments “Put things back where you found them”, “Don’t take things that aren’t yours” and “Look” which the author says is the biggest and most important rule of all. Can these basic rules apply to Maui’s sand and rocks too?

Pele’s curse says that anyone who takes rock or sand away from Maui will suffer bad luck until the native Hawaiian elements are returned. Whether you believe in the myth or not, each year hundreds of people send packages to Maui full of rocks and sand to relieve their consciences and change their luck. The native Hawaiians view the taking of such items as stealing from Pele while visiting her home. Only the return of the stolen items will ease her temperament.
So are the warnings true? Maybe and maybe not. The more skeptical will think this is a bunch of malarkey but thousands of people believe that taking Maui’s sand and rock left them with a curse of huge proportions and the only way to undo the curse is to return the items.

maui beachesWhy am I writing this as a blog? Recently there was an article in a local paper that spoke about a wedding officiant/coordinator that helped the bride and groom to some sand. 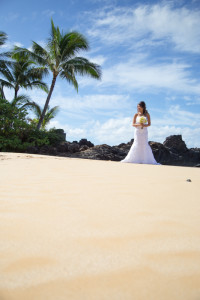 “I was on the beach at Makena Cove recently enjoying the sunset and witnessed a beautiful couple getting married in a small intimate ceremony. It was beautiful, and I was happy for them. During one point in the ceremony, a gentleman I assume was the coordinator took out a tall glass and scooped sand from inside the flower petal circle the couple stood inside. He carefully leveled the sand so it filled up the very top of the glass, and then presented it to the couple. After words were exchanged, he walked over and carefully placed the sand in a bag, which was then closed up and taken with them when they left. I almost said something, but I didn’t want to ruin the moment for the couple, who clearly had no idea that taking sand was not only bad luck, but also culturally and environmentally insensitive–if not technically illegal. Shame on the wedding coordinator and planner for promoting such unsustainable, disrespectful and karma sucking practices.”

After hearing from my officiants about this, I thought I needed to write a blog about it as this is so wrong in so many ways. First of all, you don’t take sand from the beaches. I know of people who have done this and were given fines when caught. Removing lava rocks from our parks is illegal too. Yet, Maui Aloha Weddings does the Sand Ceremony – isn’t this an oxymoron? NO – because as I mentioned earlier, we actually purchase our sand for the unity sand ceremony. To unite a couple with this ceremony, you are using two different colors of sand one in each vessel that we bring with us to the beach. The couple takes turns pouring the sand into a vessel that will be theirs to take home, layering the sand in a pattern. The idea behind the ceremony is that they are two people coming from two different lives that are now joining together. Right now you can see the two different sands in the bottle but if they were to pour it out – the sand would be joined together and you would not see it separate anymore.

My question is – how can you do that if someone picks up a handful of sand, puts it into a glass and then puts it into a bag for the bride and groom? Also – do you really want to chance the “karma” that may be attached to the sand?

Here is another thing you can ask when you are
hiring a coordinator – what color sand do you have? That’s not accusing anyone but you will definitely know if they are doing the right thing in Maui!

I hope you have a wonderful, safe and happy trip on our island – especially our newly married couples and those celebrating vow renewals. Do I believe in the curse – I would not tempt fate! 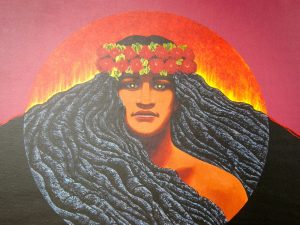 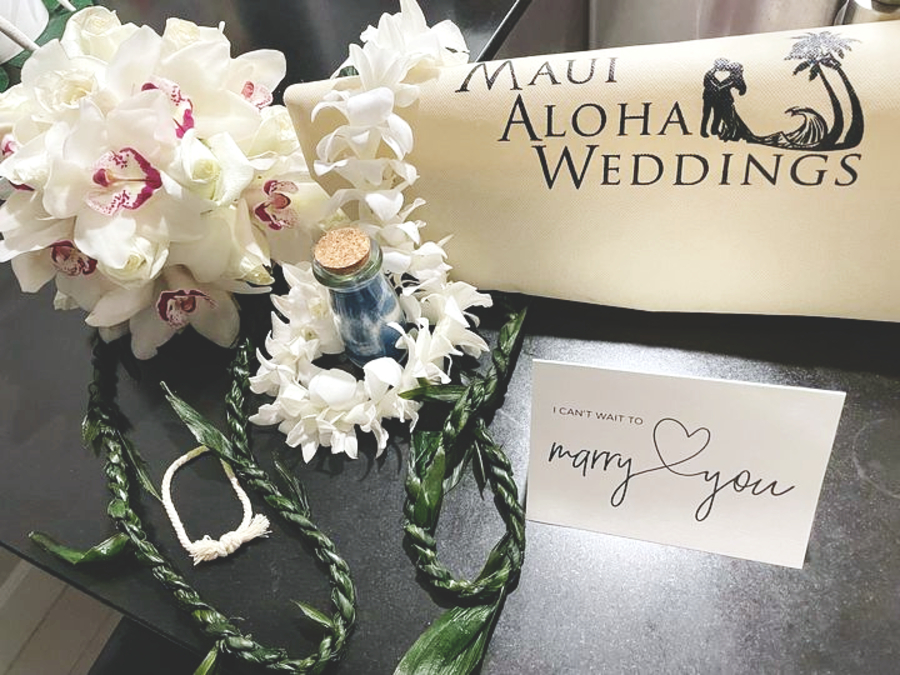